Though a tough year so far, Vietnam’s international acknowledgement and effective control of the COVID-19 pandemic by the government in addition to the recent ratification of the EU-Vietnam Free Trade Agreement (EVFTA) has instilled confidence in manufacturing and logistics investors globally.

Described as one of the “brightest” spots in Asia by UBS Research, Vietnam’s gross domestic product (GDP) grew slightly at 0.36% in Q2/2020, while many economies contracted. Oxford Economics forecast the country’s GDP to grow 2.3% in 2020, slowing from 7.02% last year, followed by 8% growth in 2021.

According to Focus Economics, Vietnam’s index of industrial production (IIP) witnessed output in June 2020 rise 7.0% year-on-year (YoY), largely driven by recoveries in manufacturing and electricity production. Manufacturing and industrial output is estimated to grow 2.71% overall in 2020 (and expected to grow 9.2% in 2021), demonstrating modest but promising sector growth.

In addition, manufacturing PMI also soared to 51.1 points in June 2020, up from 42.7 points in May, marking the first growth above the 50-point threshold since January following the government’s success in suppressing the pandemic. This rebound in output is attributed to a solid increase in new orders, while purchasing activity also grew and pre-production inventories rose the highest since November 2018.

According to the Ministry of Planning and Investment (MOPI), in H1/2020 Vietnam attracted US$15.67 billion total registered capital, equivalent to 84.9% over the same period last year. Of which, manufacturing and processing witnessed the largest volume of newly licensed FDI projects, reaching US$8 billion, accounting for 51.1% of total newly registered capital. Over US$6 billion of these investments were poured directly into industrial parks (IPs), processing zones, and economic zones (EZs) throughout the country with Bac Lieu, Ho Chi Minh City, Ba Ria – Vung Tau, and Hanoi leading in terms of share of capital commitment.

In June 2020, the country had 336 IPs with total area of approximately 97,800 ha. Of which, 261 IPs are operational while 75 are in the process of site clearance and construction. Furthermore, the occupancy rate reached 76% in operating IPs nationally.

With demand continuing to outpace supply, there’s a clear need for more supply in the key industrial provinces nationally. Occupancy rates in key hubs such as Binh Duong, Dong Nai, Long An in the South, and Bac Ninh, Hung Yen, and Hai Phong in the North, has risen significantly since 2018.

With an expected influx on manufacturers moving out of China in 2021 and 2022, it’s vital for developers to bring more live projects to catch and accommodate high value manufacturing investments. For example, Dong Nai plans for eight additional industrial zones. Long Thanh district’s People Committee chairman Vo Tan Duc announced plans to build four new industrial zones in Long Thanh to meet said demand. Phuoc Binh commune will have two more industrial zones with the size up to 900 ha s and an area of about 500 ha. Tan Hiep and Binh An communes will also have another industrial park each. Furthermore, ‘rental’ developers such as BW Industrial Development JSC are racing to expand during this time, growing their initial supply from 130 ha in 2018 to almost 500 ha this year.

“Vietnam was the first country to eliminate SARS and continues to set a strong example in containment. As the sensitivity wanes then a China + 1 model may be pursued for manufacturers, that would result in greater demand for Vietnam industrial space, as corporations seek to mitigate risk and diversify locations.”

Vietnam’s rapid government response to the pandemic, in addition to the country’s robust and growing middle class, stable business environment, labor force, infrastructure spending, corporate income tax incentives, and recent FTA’s, are all key factors in seizing opportunities after the pandemic.  The current situation itself is even expected to accelerate the relocation wave of multinational manufacturers out of China. Of particular note are the announcements of Apple, Pegatron, and Foxconn to relocate and expand production in Vietnam.

More recently, with a stimulus package of US$2.2 billion the Japanese government funded a production shift from China, with 15 Japanese firms including Meiko Electronics, Nikkiso, Fujikin, and Yamauchi, registering to move production to Vietnam. According to Japan External Trade Organization (Jetro), six of the 15 were large firms and the remaining nine were small and medium-sized enterprises (SMEs). Most produce medical equipment while the rest manufacture semiconductors, phone components, air conditioners, and power modules.

Most lease transactions in H1/2020 derived from projects and ongoing discussions from last year, while many leases were also executed from companies already in Vietnam looking to expand production. The travel restrictions have limited new ‘market entry’ enquiries, postponing site inspections from key international investors, in turn reducing the number of executed leases with local developers.

While there are no guarantees for next year, Vietnam’s industrial sector’s reliance on continued supply chain migration out of China is evident as many landlords are positioning themselves for a busy and fruitful year once these restrictions are lifted.

Optimism from developers and the country as a whole is essential, and in the words of the wise Thich Nhat Hanh “Hope is important because it can make the present moment less difficult to bear. If we believe that tomorrow will be better, we can bear a hardship today.” 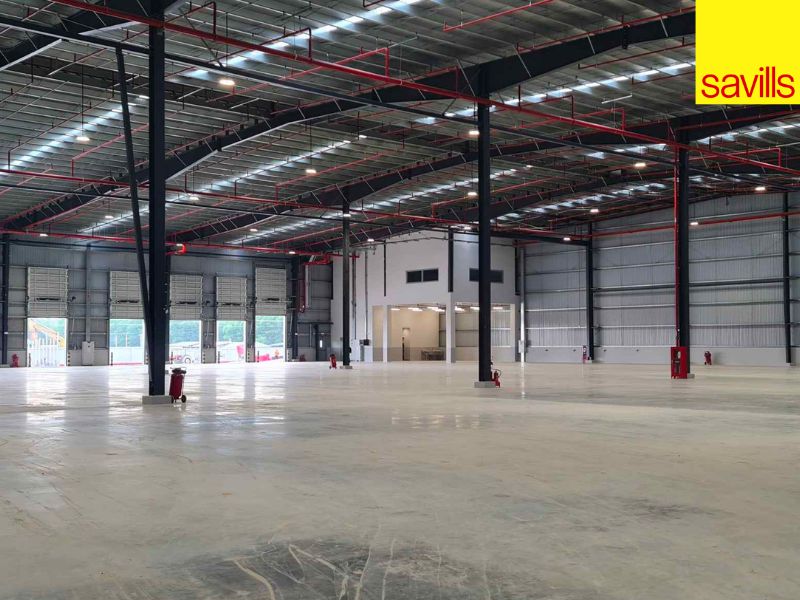 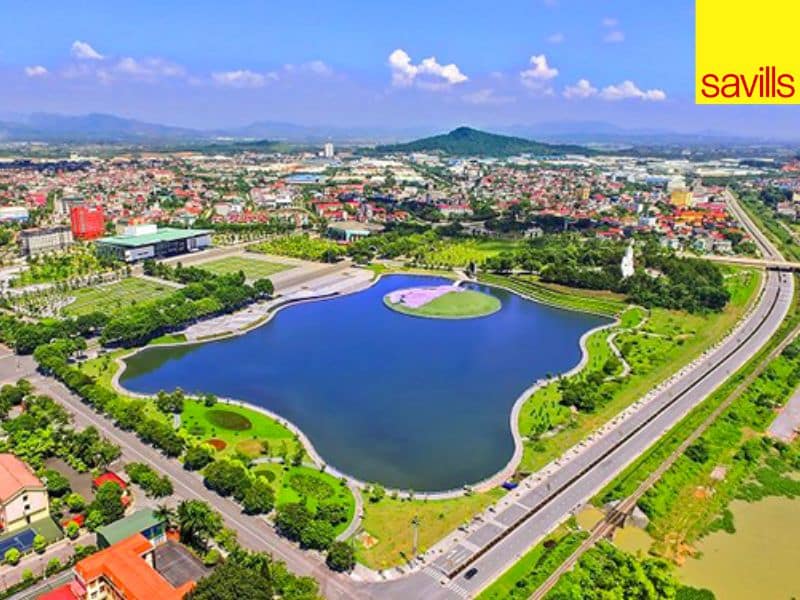 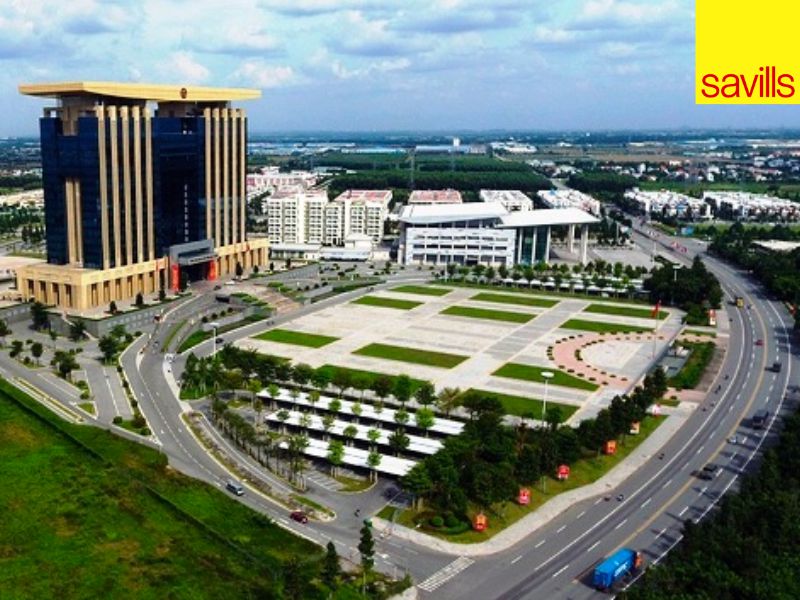 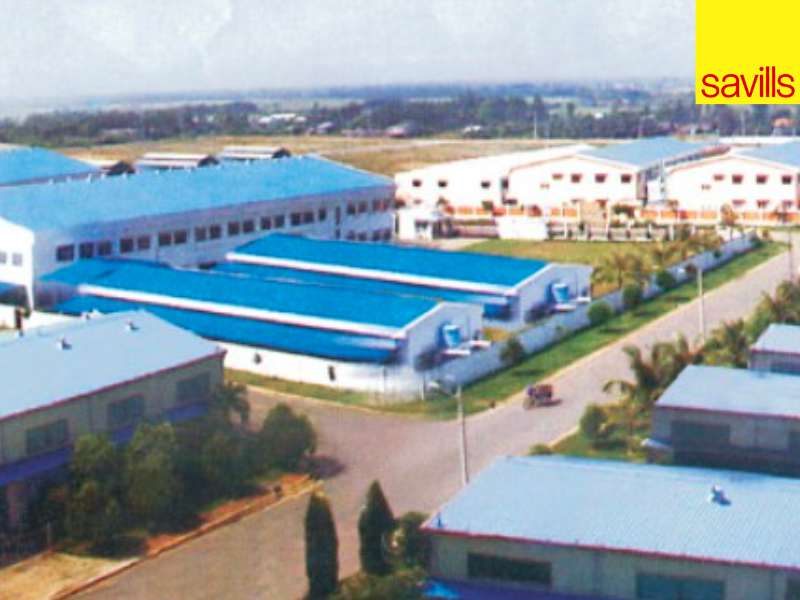 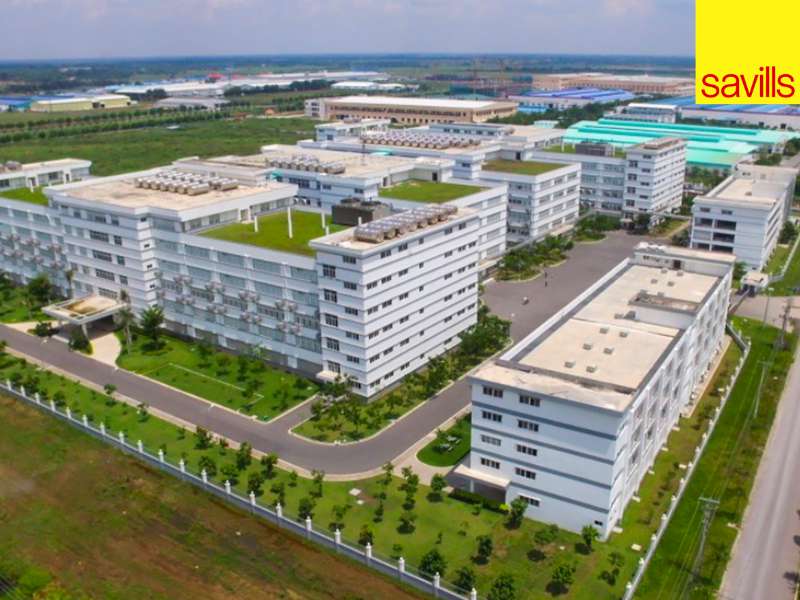 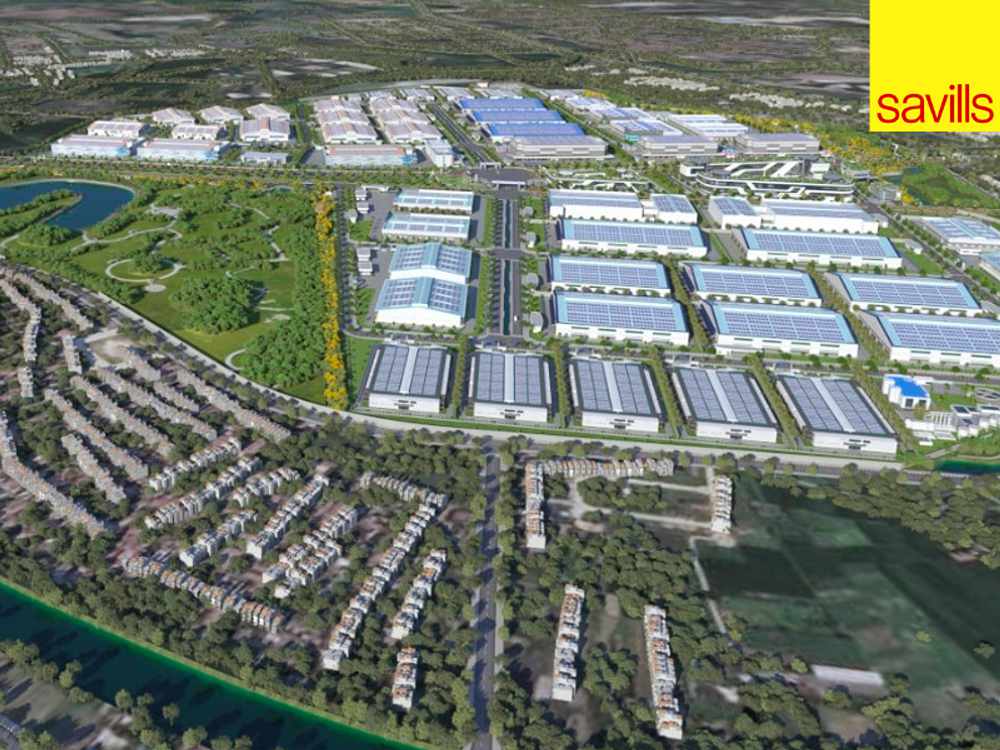 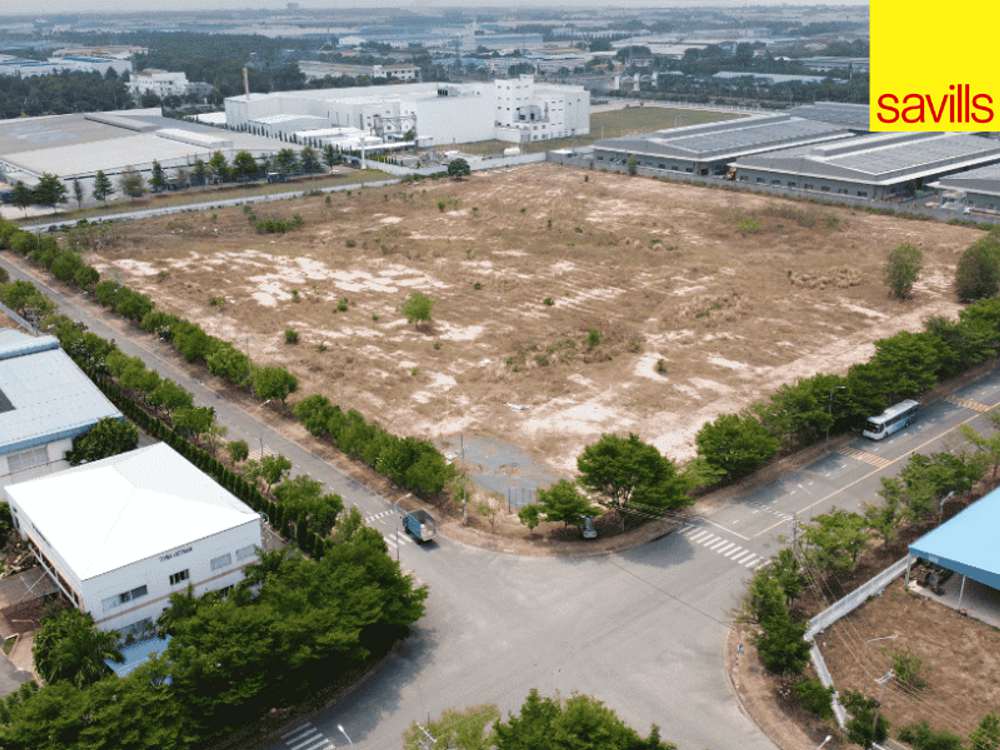 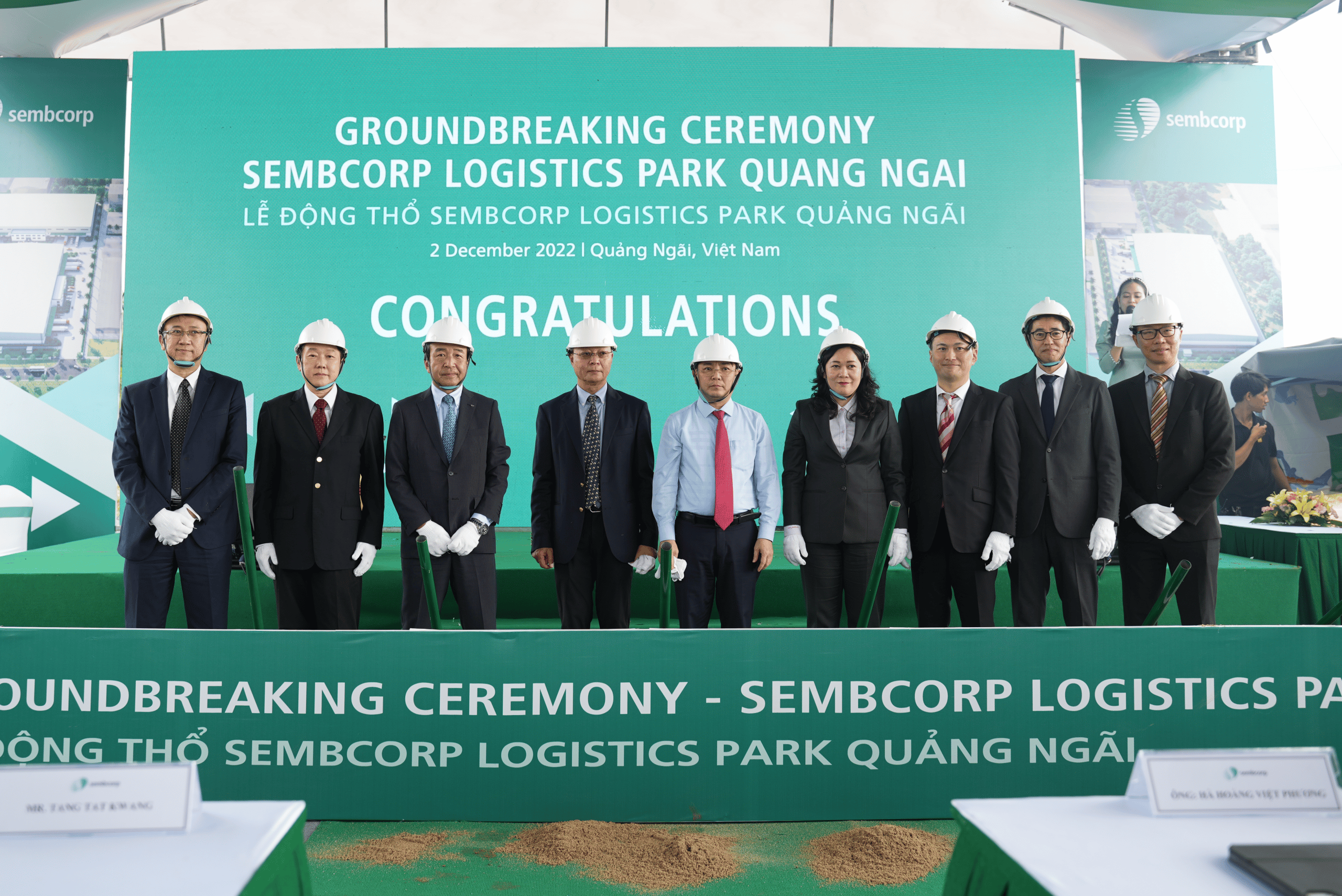