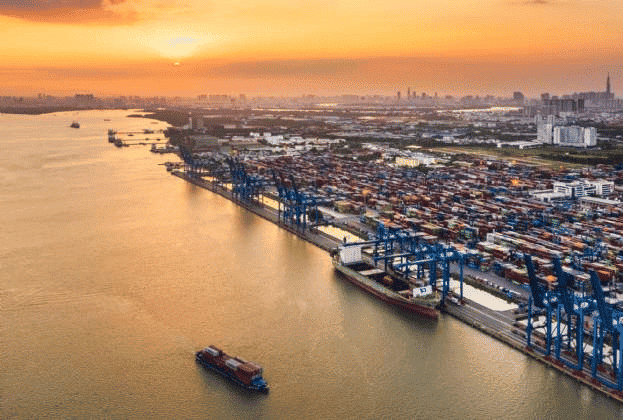 The sudden increase in demand for industrial land, factories, and warehouses in Vietnam has pushed up rental costs at industrial parks (IPs) near major cities, according to Savills Vietnam.

Rising rents and high occupancy rates at key IPs in the north and the south may be cause for concern at multinational corporations looking for locations close to Hanoi or Ho Chi Minh City, said Savills Vietnam Industrial Services Manager John Campbell.

Industrial real estate has enjoyed positive gains in both rental rates and occupancy rates despite the COVID-19 pandemic.

Savills Vietnam data shows that demand for industrial real estate has been rising since 2018, leading to a shortage.

Matthew Powell, Director of Savills Hanoi, attributed the market vibrancy and spike in demand for land to better infrastructure and the ability to access roads, ports, and airports.

As the demand – supply gap widens, prices are moving up, Savills Vietnam said.

If prices continue to rise, Vietnam’s competitiveness in terms of price will be weakened unless there is more new supply, Campbell warned.

According to the Ministry of Planning and Investment, Vietnam has 284 operating IPs and another 86 under construction.

Savills’ experts said infrastructure at IPs needs to be improved, while policies and management mechanisms should be finalised to improve operational efficiency.

This is especially necessary for Vietnam to attract more waves of investment relocating from elsewhere.

Vietnam’s real estate has been at the forefront of attention in recent times with wild increases in land prices and plans outlined to rezone major cities. However, Frantic interest not reflecting land value!